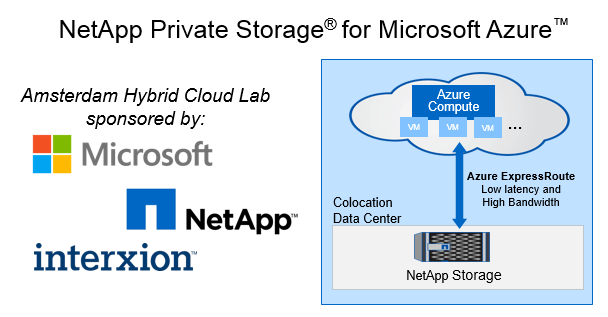 Not too long ago NetApp, Microsoft, and Interxion came together to sponsor a hybrid cloud lab with NetApp Private storage for Azure nearby my office in Amsterdam. When someone was needed to set this up I jumped at the chance!

For those unaware of the solution, the basic premise is to use the Hyperscaler providers for elastic compute while maintaining ownership of the data and gaining the rich data management features of NetApp. So use cases like adopting a ‘cloud first’ strategy, DR in the cloud, dev/test in the cloud, cloud bursting, cloud hopping, and more can be experienced by customers and prospects first-hand in this lab. Contact me if interested to participate!

Anyway, this post isn’t about the ‘why’ but rather the ‘how’, and more specifically, the ‘how’ of getting the most out of the Azure ExpressRoute service.

After the hardware was shipped we had a short onboarding at Interxion (awesome service by the way; thanks Hans!), installed a switchless clustered Data ONTAP system, a couple of Cisco servers, and a Cisco Nexus switch in our cabinet. Next, Interxion pulled a pair of fibers through and hooked us up to their Cloud Connect platform, which is our gateway to Azure (and more providers in the future). With the physical tasks done there is no need to visit the data center again.

Next we setup networking within Azure, and provisioned an ExpressRoute (ER) to our cabinet.  The steps are in NetApp Tech Report TR-4316.  The guide has a few small mistakes or outdated info (cloud moves fast!) but nothing that couldn’t be solved by a actually reading error messages and a bit of Google.  After setting up an SVM with IP addresses on the Azure network it didn’t take long to access iSCSI, SMB, and NFS storage from Azure VMs.

Then the fun started.  To start we had a 200Mbit ER and we could max that out pretty easily.  We boosted the speed to 1000Mbit (you can modify an existing circuit up but if you want to go down you have to destroy and create a new one so beware!) and were expecting to be able saturate the link.  Expecting…but we just couldn’t do it.

How to optimize for Azure ExpressRoute throughput

The value will take effect for new connections, so either stop/start the iscsi service, down/up each iscsi lif, or reboot your hosts. Check your connections have the correct TCP window size using

What throughput to expect

With the above setup and a 1Gbit ER I was able to achieve about 90MB/s reads + 90MB/s writes from a single host, and 200MB/s when writing from two hosts. Unfortunately at the time I had the 1Gbit ER up I didn’t know of the BGP maximum-paths setting yet, and I downgraded my link to save $$, so I wasn’t able to verify max read throughput with both both links active. With my current 200Mbit ER though I can achieve 40MB/s reads (2 x 200Mbit), so I assume that with a 1Gbit 200MB/s reads would be possible.

Still, with the smallest 200Mbit ER and two hosts generating workload I can fill both directions pretty well :-) 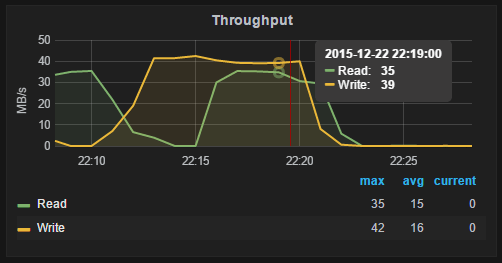